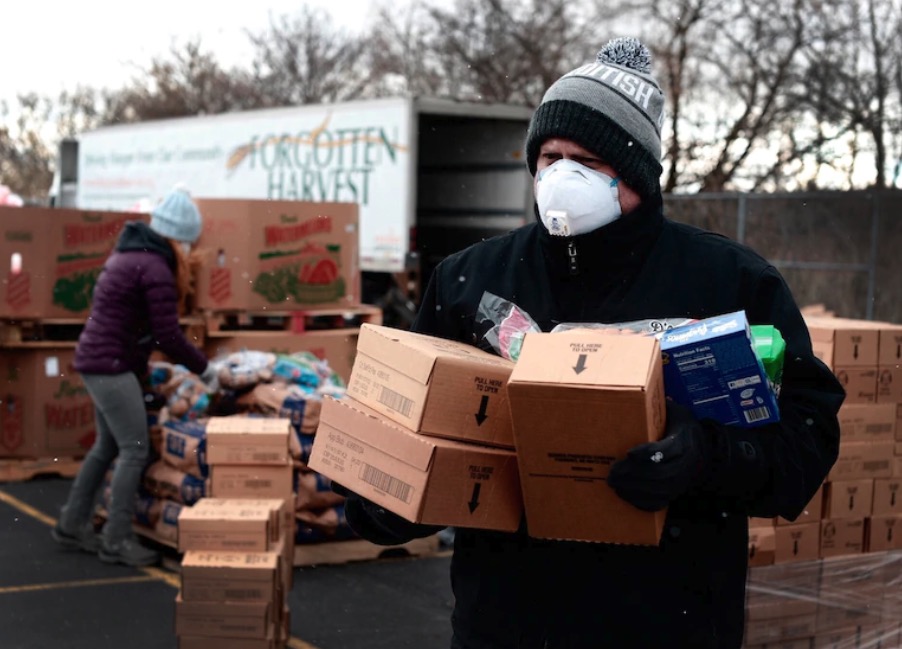 CANTON, Ohio — When David Baker heard about Project Isaiah and its goal of feeding families in need during the coronavirus pandemic, there was no question what the Pro Football Hall of Fame would do.

“Once we learned the details behind Project Isaiah, it was an easy decision to say ‘yes’ enthusiastically and join as a partner,” the president and CEO of the hall said. “The mission, values and vision at the heart of Project Isaiah and at Gate Gourmet align wonderfully with those of the Pro Football Hall of Fame.”

Immediately, some hall inductees got involved, led by wide receiver Cris Carter, who grew often going hungry in Dayton, Ohio, with six siblings and one parent.

“I needed food when there wasn’t no pandemic,” Carter, who played 15 seasons in the NFL with the Philadelphia Eagles, Minnesota Vikings and Miami Dolphins, told the Hall of Fame. “This would have destroyed my family.”

Carter recognized that having the hall’s living members — “Gold Jackets” — help the airline catering company Gate Gourmet on the food relief program was a natural.

“We’re going to try to raise some resources for these people and to raise some awareness,” said Carter, who asked other Gold Jackets to donate at least $100 to the cause.

“Being a Hall of Famer, it’s about being a leader on and off the field,” he said. “Our commitment, our values, our integrity, the courage we had to play at the highest level — we’re just trying to show that to people right now who just need people to believe in them.

Other Hall of Famers getting involved include Dave Casper, Larry Little, Fran Tarkenton and Rickey Jackson.

“It’s tough times,” said Casper, who lives in South Florida. “I’m 68 years old and I’m at the age where people with the virus are most at risk. I’m not a public guy, but in times like these, I wanted to do something.

“When the Hall of Fame does something like this, it makes a bigger difference than what I could do individually.”

Project Isaiah began as a Go Fund Me initiative. Gate Gourmet, a leading provider of airline food, prepares the meals, which cost about $5 per box. The project works with charities, ministries, community organizations and sometimes the municipalities.

In Detroit, the city’s health department delivered the meals directly to COVID-positive patients on public assistance. The city feared that neighborhood soup kitchens were allowing COVID-19 to spread.

“During a crisis, problems must be solved in parallel,” said Michael Klein, chairman of Project Isaiah and the person who introduced it to Baker. “Through a unique partnership with Gate Gourmet and the dedicated work of hundreds of volunteers in our communities, as well as those leading this effort, we are reaching the people who are most in need as quickly as possible.”

Project Isaiah is being run by volunteer Devon Spurgeon out of her home in Chicago. Spurgeon notes that the name emanates from Klein’s affinity for passages from the Book of Isaiah.

“We had one domestic violence shelter that, when our meals came, they had all the kids pretend that they were going on a plane,” Spurgeon said. “There was this total excitement about getting airplane food. You got this wonderful sense about something that I never in my life thought anything about.

“I’ll never look at an airplane meal the same way.”